Following on from the exciting developments at the recent Symposium of Pagan organisations which were were proud to be a part of, we showed our support for Children Of Artemis and their Artemis Gathering weekend in Oxfordshire.
The camping and facilities were a pleasure (unlike the weather) and we had a terrific time meeting lots of new people and, of course, raising awareness and funds for the Foundation.

Under our suitably coloured (green) gazebo we made a lot of tea and did a lot of chatting. On the Sunday Ashley mortimer gave a talk about Doreen, Gerald and the Foundation / Centre For Pagan Studies and people got a chance to see some of Wicca's most iconic artefacts actually in the flesh.  As always were were sruck by the warmth and depth of feeling for Doreen and the "wow factor" of seeing hers (and Gerald's) ritual objects. 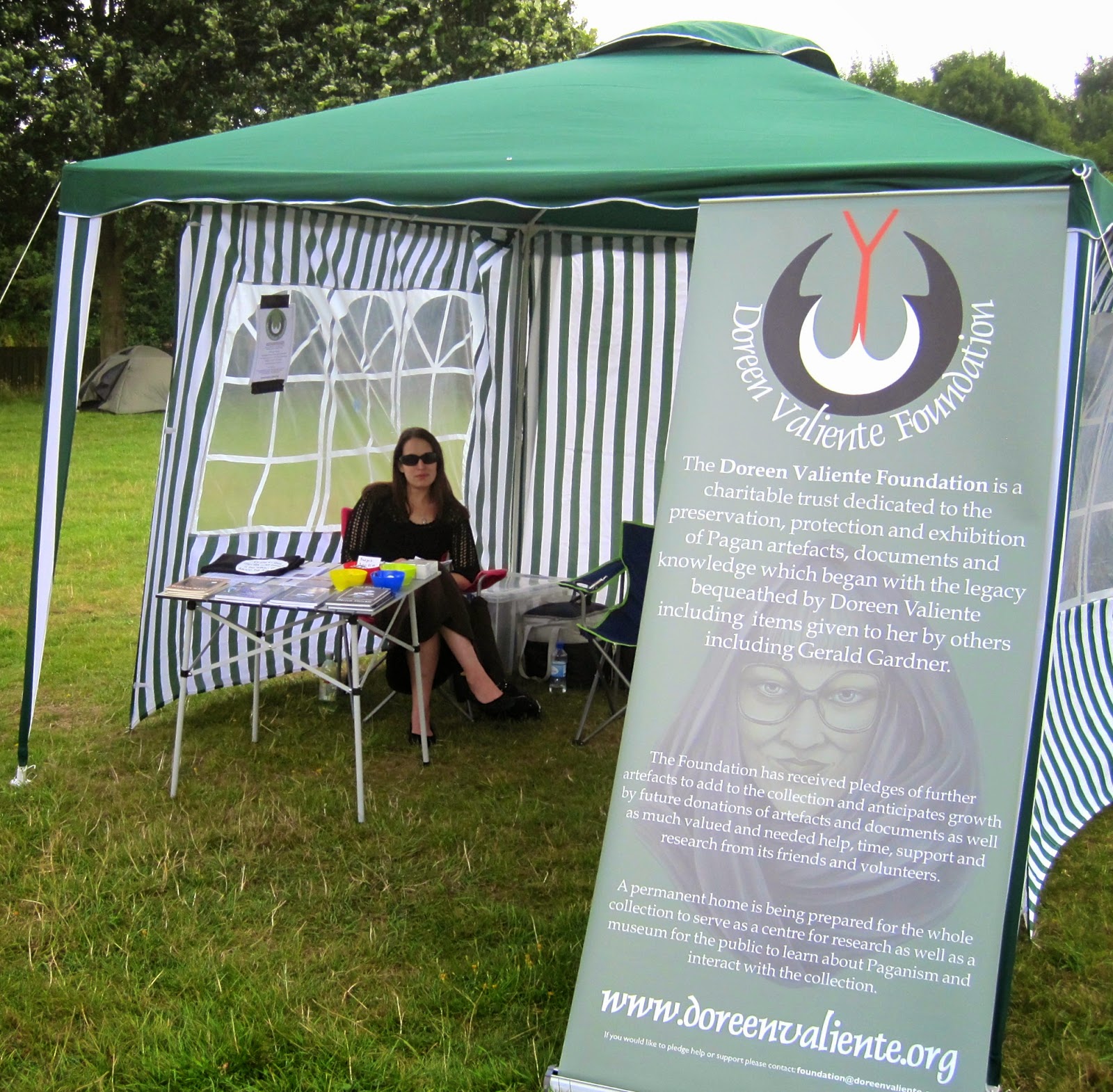 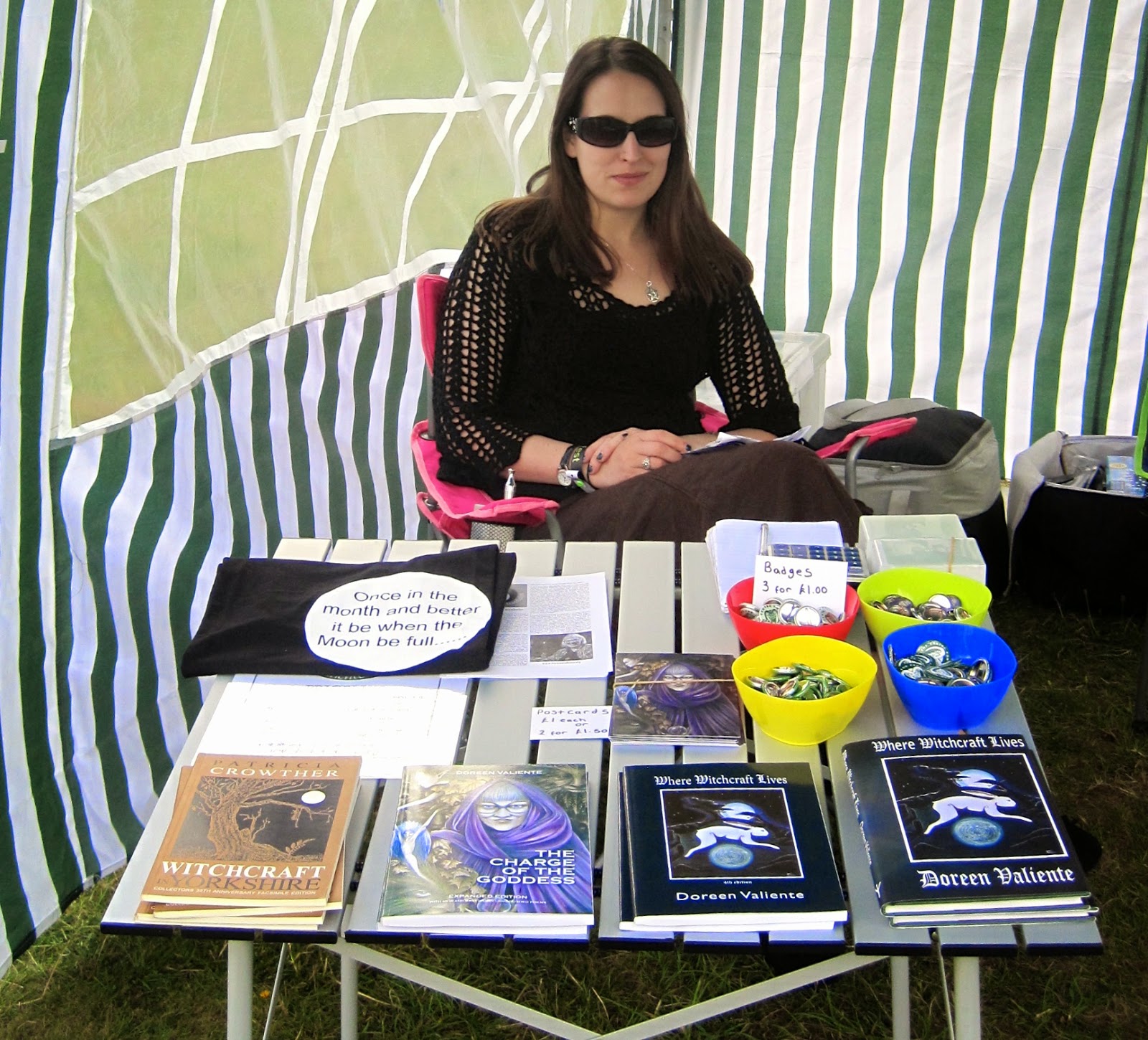 We were very pleased to support another organisation's event and we felt really at home and welcomed by Merlyn and his great team, we evn concluded that camping in the rain isn't so bad after all . . . . .  !